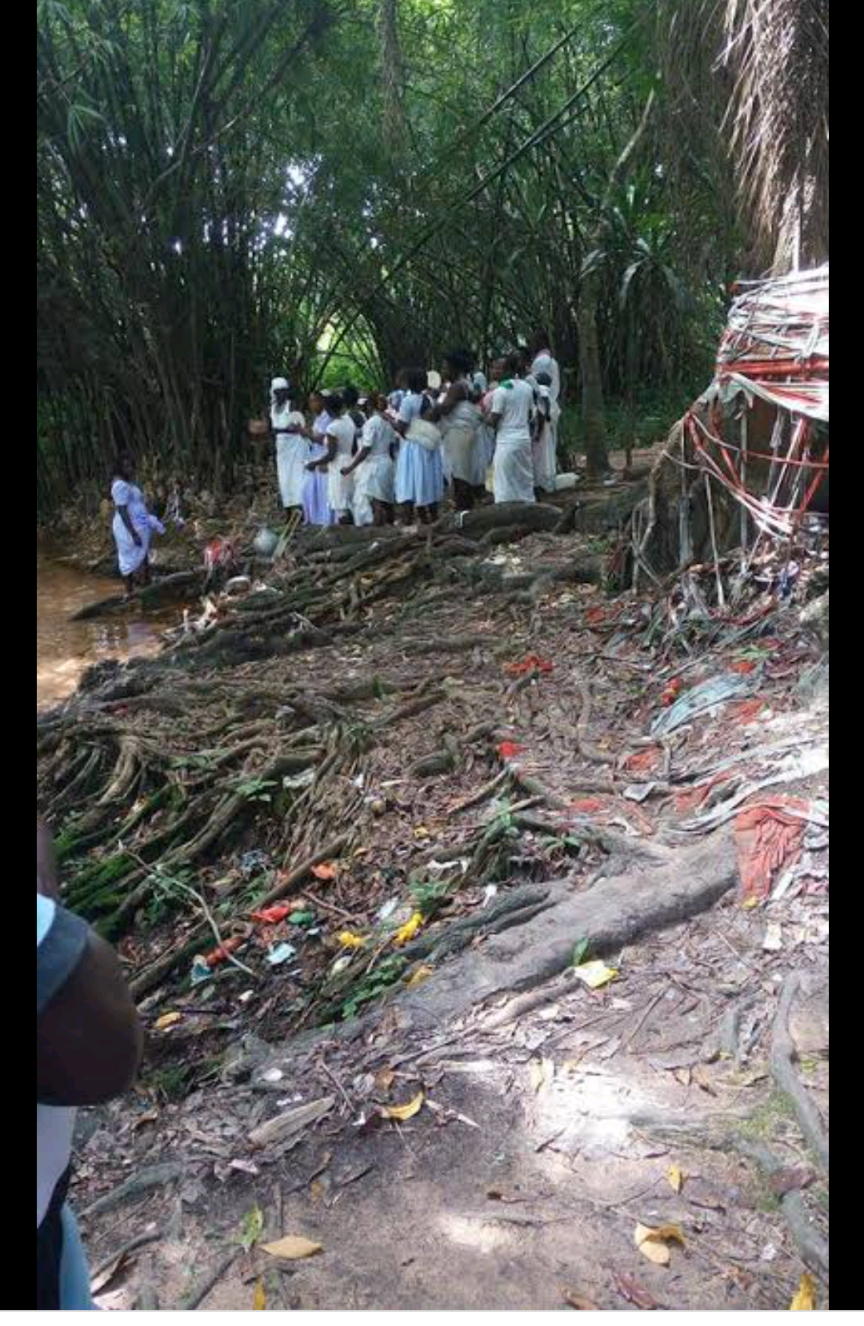 A few days ago, I took a ride in a car with a couple of friends to my maternal grandmother’s village to render assistance over a land purchase issue.

Along the way, we saw a group of Igbe traditional worshipers performing some religious rituals in a stream by the side of the road. The three of us in the vehicle are Christians or at least profes the Christian faith. One of us on sighting the worshipers started off demonising and pouring expletives on the worshipers and their mode of worship.

As often happens when I witness such occurrences, my training as a philosopher and study of comparative religion kicked in. Without saying a word, I immediately started, in my mind, to draw a parallel between the mode and rituals of their worship and those of other religions, especially Christianity.

Later that night on Facebook, I came across some pictures of a Christian cleric and members of his flock performing similar rituals, baptism, in a stream.

It is a widely held belief amongst Christians that members of other faiths especially, Igbe traditional worshipers who perform rituals near any body of water do so to offer sacrifices to and to worship the water goddess. Yet we see members of different Christian denominations, even of the most virulent kind go to the river side with candles and olive oil s to perform Christian rituals and to offer prayers without negative labelling.

As a matter of fact, the liturgical vessels and rituals of the Christian religion and of other faiths especially, the African religion bears great similarities when viewed without bias through the prism of tolerance.

Faith and belief in the supernatural is inherent in every human being because it helps to situate and explain man’s place and helplessness in a complex world. Every race and people on earth have belief in the supernatural. This belief is interwoven with their, religion, culture, identity and way of life. From religion comes Prayer. Prayer is an elixir. It can heal and uplift mentally and physically but it has to be offered from the purest of hearts and intentions.

Religion is good because man is essentially a religious being – physical and spiritual. The belief in the supernatural which is the root of all religion is native to every tribe and race on earth and religion caters to the spiritual needs of man. The world will however be more peaceful and livable and the hereafter a happier place, if all adherence of faith could learn to tolerate one another.

This can only be possible if all people of faith could just take a moment and a step back to study the origin and foundation of their religion. They will then be better positioned to understand and show tolerance towards the belief of others. Without foundational knowledge of religion, followership is uniformed and faith is truly and literally blind.

God is vast. He is very vast indeed. Praise be to His Name