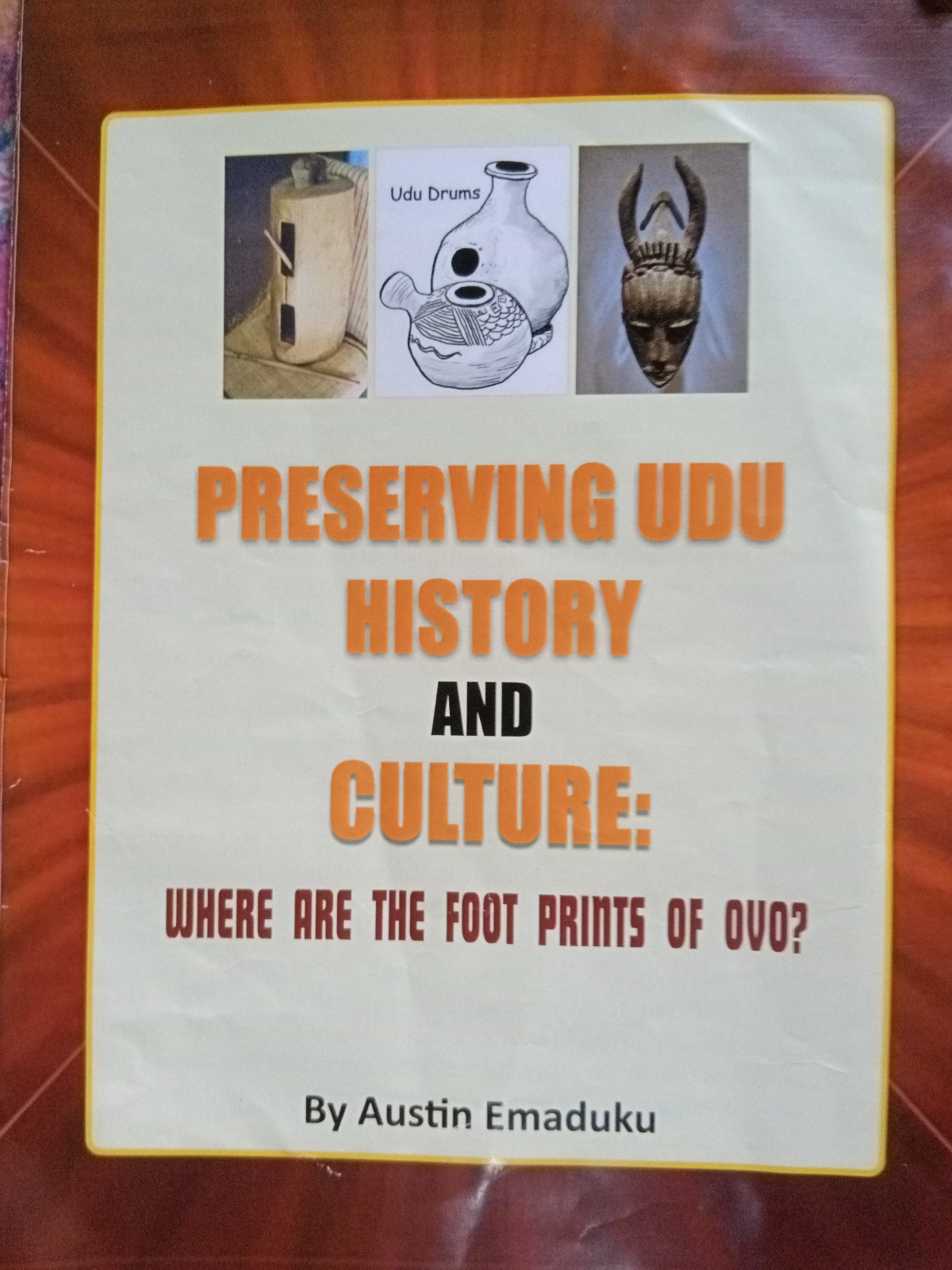 By Austin Emaduku
The title of this essay is coined to instigate inquiry, nothing more, nothing less. It’s purpose is to stimulate interest and to contribute to the revivalist tone set by the recent publication and launch of the book “Thoughts on Udu History and Cultural Practices” by Eddy Ono-Sorhue. It is by no means a an academic article or scholarly discourse.

The question might therefore be legitimately asked by those ignorant of the subject; “what or who is Ovo and what exactly are its/his/her footprints?”

For those familiar with the history and origin of the Udu people of Delta State Nigeria, Ovo is that brave warrior and mythical figure that played a prominent role in the journey of the Udu people to their present location.

As is common with most oral and undocumented history, the story of how the Udu people came to their present abodes have different and sometimes contrasting strands. The name Ovo is however central to a majority of the versions of the history of the Udu people. According to this near unanimous narration, Ovo was a much dreaded warrior with near mystical powers of Bini origin and was one of the two central figures who journeyed from Benin in various war expeditions through various places until they finally settled at Otor-Udu, today regarded as the ancestral home of the Udu people and headquarters of Udu local Government Area of Delta State. All versions of Udu history agree without exception that Ovo was a giant of a man so huge that when he steps his foot on the ground he leaves huge valleys or gullies as footprints.

Like the history of Oduduwa who is fabled to have descended from heaven with a rope on a spot which the Yorubas venerate till this day and have turned into a tourist site, evidence existed or exists till this day of such in the form a trail of valleys in and around Udu, suggestive of Ovo’s movement around the Udu and the route he travelled in war expeditions from Benin to the present day Otor-Udu.

Artifacts also exists till this day or existed in the form of weapons and other gears of war and amulets worn by this mythical figure, which sheer size and weight attests to the fact that its owner was a very huge man.

Israel today is one huge tourist centre because of its ability to sustain history by protecting historical sites recorded in the Bible.Where it has found it difficult to locate or sustain such artifacts or sites, the Nation of Isreal had gone ahead to recreate or restore such monuments, or historical sites which they present to the world as the original places and the entire world believes and throng to visit these places.

The kente cloth in Ghana is ascribed royal status by the Akans of Ghana. According to Wikipedia, the kente is an Akan royal and sacred cloth worn only in times of extreme importance and was the cloth of kings. Over time, the use of kente became more widespread. However, its importance has remained and it is held in high esteem by Akans.” If the Akans had called the kente “ukpaghwa”, cloth worn for farm work by peasants thats how the rest of the world would have seen and regarded it. Today, the kente is a must have piece of clothing for every visitor to Ghana and is generally recognised worldwide as a Ghanian identity.

The Yorubas believe that their progenitor, Oduduawa descended from heaven with a rope. The site where Oduduwa reportedly descended with the aid of a rope is preserved as a historical site till this day.

The Osun-Oshogbo Sacred Grove is another example of how well protected culture apart from teaching history can confer many advantages that leads to development and worldwide recognition. The Grove has put Oshobo on the world map as it has come under the protection of the United Nations Educational, Scientific and Cultural Organization, UNESCO and listed as a World Heritage Centre. This has bolstered and put the Oshobo yearly Festival on the world calendar as a major tourist attraction and source of revenue.

The ‘Oje’ the traditional ceremony for circumcision of maidens, was one annual festival amongst the Udu major festivals that was centrally celebrated. An aspect of the festival called ‘Ekieruo’ where the maidens were paraded in their splendor was a very colourful event that brought people together and engendered unity amongst the people. The ‘oje’ had the attraction and trappings of major festivals of the world such as the Oshogbo festival and the annual Brazil carnival. If revived and properly harnessed the ‘oje’ can be turned into a major tourist attraction, source of recreation and revenue earner that will boost the economy of the fast urbanising communities of Udu.

The footprints of Ovo and other historical sites and artifacts can also be restored or recreated to be incorporated as tourist sites to be visited during a repackaged annual ‘oje’ festival. What is being suggested however, is a remodeled ‘oje with the rich cultural ceremonial aspects without the harmful practices.

Culture is the identity of a people. It encompasses the language, traditional religious beliefs, practices, mode of worship, dance, songs dress codes and other practices, of a people. A people without culture is a people without identity. Udu is fast losing its identity and the time is now for a revivalist movement.
Time to show the footprints of Ovo to the world.